The electro-surgical instrument that Dr Berkowitz uses is called a hyfrecator; although we also offer treatment with a CO2 laser, it is more expensive and less effective than the hyfrecator so most patients opt for this treatment. This method is safe, efficacious and accurate. After the procedure the healing is quick and all is back to normal about a week later.

Pearly penile papules are normal anatomic structures of the penis. They occur in about 20% of the male population. They are small papules, about 1-2 mm in size, closely spaced circumferentially around the corona of the penis. The papules are usually skin coloured and domed and give the corona a cobblestone pattern. Large pearly papules may be mistaken for condylomata acuminata (warts) or molluscum contagious.

In themselves the papules are innocent and without any symptoms, but they often arouse some anxiety. Reassurance from a medical practitioner may be all that is needed but most patients would prefer to remove the papules if possible.

The pearly penile papule treatment ensures a completely papule-free penis and does not alter normal penis sensation and sensitivity.

We also have a website dedicated to the treatment and removal of Pearly Penile Papules. 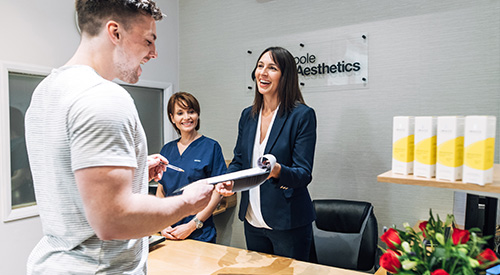 How are Pearly Penile Papules removed?

At the Wimpole Aesthetic Centre, Dr Joshua Berkowitz is able to painlessly remove the papules under local anaesthetic. He uses an electro-surgical instrument known as a hyfrecator. They can also be removed using a CO2 laser, but it is more expensive and not always as effective so patients usually opt for the hyfrecator treatment.

This method is safe, efficacious and accurate. Dr Berkowitz believes that his method of removing pearly penile papules is better than using cryo-cautery or a CO2 laser.

Is there any downtime after Pearly Penile Papules Removal?

How much does Pearly Penile Papules Removal Treatment cost?

Dr Joshua Berkowitz charges £895 for the consultation and procedure performed on the same day. This is a package cost. Should patients wish to only book a consultation, there is a fee of £250. If at a later date they choose to proceed with the treatment on a separate date, the treatment fee is £895.

“Thank you to all the staff at Wimpole Aesthetic Centre for their help, in particular Dr Berkowitz. Silly as it may sound, I feel like a new man following my pearly penile papules removal treatment. I wish I had done it years ago!”

“I had suffered from Pearly Penile Papules for most of my adult life and had been embarrassed about them since they first appeared. I decided to look into the removal of the papules a couple of years ago but could not find anywhere specialising in this problem. When a friend recently informed me about Dr Berkowitz and the Wimpole Aesthetic Centre, I immediately booked an appointment. I had my consultation and treatment on the same day and the results have been perfect!”

“I had penile papules for years and it had become a real problem for me – more psychologically than anything else. I found it difficult to have self-confidence with new sexual partners and the more time went on, the worse I felt about the whole situation. Eventually, I decided to do something about it, and after months of personal research on the internet I found Dr Joshua Berkowitz at the Wimpole Aesthetic Centre in London. Following an initial telephone conversation, I visited the clinic for a pearly penile papule consultation and a few weeks later I underwent the procedure. It was a total success and within around 9 to 10 days of the procedure, any mild soreness had gone. I’m the happiest I’ve been for years since the removal of the penile papules and I would recommend it to any other man suffering or worrying about this problem. Finally, I feel that I can go back to having a normal sex life without being ashamed of my body.” 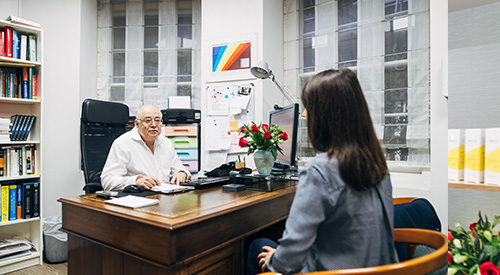 Find out what makes us different

At Wimpole Aesthetics, we provide a wide variety of medical treatments and non-surgical rejuvenating procedures in the field of anti-ageing and aesthetic medicine. Our medical director Dr Joshua Berkowitz stays abreast of the latest developments in this field, but always ensures that any treatment we offer can deliver safe and effective results.

We love to hear our patients tell us that we have the feel of a local clinic right in the heart of London’s medical district.

YOUR STEP BY STEP PROCESS

If you’ve been considering an aesthetic treatment to rejuvenate your skin or reshape your body, then the first step is to get in touch with the clinic to arrange a consultation with our medical director Dr Joshua Berkowitz or one of his team, depending on your requirements.

Call us on 0207 224 2247 or email us on info@wimpoleaesthetics.co.uk to arrange your consultation.

The consultation is an essential part of the patient journey as it gives us the opportunity to discuss your objectives and the outcome you’re hoping to achieve. We will talk you through the procedure or treatment plan, clearly explain any possible risks and the results you can expect, as well as answer all of your questions.

Procedures at Wimpole Aesthetics are carried out under the direction of our medical director Dr Joshua Berkowitz and his team. We aim to deliver practical, safe and effective medical aesthetic alternatives to cosmetic surgery whilst always respecting a patient’s privacy, dignity and confidentiality.

Our care and support continues after you leave the clinic. You are provided with comprehensive aftercare advice appropriate to the treatment you have received and we welcome patients getting in touch if they have any questions regarding their experience and results.

I have been living with scarring above my upper lip, as a result of electrolysis treatment 25 years ago, in the form of a deep vertical line and small indentations in the skin. I sought help from Wimpole Aesthetics, and from the moment that I entered the small, personal clinic I was totally put at ease and welcomed by the extremely professional and friendly team. I received a course of Mesotherapy and Dermapen treatment and am absolutely delighted with the results. I had almost given up on ever having smooth line-free skin above my upper lip again. I highly recommend letting Wimpole Aesthetics take care of you.

Having lived in Australia for over 10 years, my skin had suffered mild sun-damage and had developed a lot of discolouration on my face in particular. Also, as I approached the age of 40, I noticed a lot of wrinkles appearing! I decided to have Microdermabrasion treatment and the improvements after just 3 treatments were extremely encouraging. I have booked a further 2 treatments in coming months and I am so excited about seeing further benefits to the look and texture of my skin.

I have nothing but praise for the team at the Wimpole Aesthetic Centre in London. I had been very nervous about having my Smart Lipo treatment last year, however, Dr Berkowitz was highly professional at all times and provided me with great advice and treatment. I was delighted with the results that were achieved during the procedure and it has left me feeling so much more confident about my body. I would certainly recommend the Wimpole Aesthetic Centre to anybody considering this procedure or a similar aesthetic treatment.

I had read about Thermage Skin Rejuvenation in a beauty magazine and decided to do some additional research on the internet. I found the website for Wimpole Aesthetics and contacted them discreetly via their online forms. Within a matter of minutes, I had a response from the receptionist at the clinic and she explained a little more about the procedure. I decided to book a private consultation to see Doctor Berkowitz and a few weeks later I had my skin tightening treatment. It was a great success and I’m so much happier with the general appearance and feel of my skin. The wrinkling around my eyes and on my neck is much improved and, as clichéd as it sounds, I feel years younger.

After years of worry about my “saddlebags”, I found Dr Berkowitz at Wimpole Aesthetics. He was extremely professional, but at the same time extremely friendly and answered all of my questions about the Vaser Lipo procedure. It has been 6 weeks since the procedure and I am so happy with how my body is looking. I also cannot forget to mention his wife Carol and nurses Jackie and Christina – they are brilliant!

I read about the new Vaser Lipo treatment in a men’s magazine and was instantly interested. As Dr Berkowitz was one of the only specialists in the country providing the treatment, it was a natural progression to visit him for a consultation at the Wimpole Aesthetic Centre. I found his advice and knowledge first-class and his staff made me feel very at ease. As such, I went ahead with the treatment and, in the end, a combination of the Vaser Lipo and Smart Lipo techniques were used to treat me. There has been no looking back since and my dream of having a six-pack has finally come true!

I recently had Vaser Lipo on several areas of my body… my stomach, arms and chin. I found the entire process painfree and I am thoroughly enjoying the remarkable improvements to my body shape.

I found that no matter how often I trained or how strictly I dieted, I could not shift the layer of fat around the bottom of my stomach – therefore leaving me with a bulge which I found most unattractive. Not keen on liposuction, I had spent a lot of time researching alternative methods of getting rid of my unwanted fat, and by chance, I stumbled across Vaser Lipo. I booked in for a free consultation with Dr Berkowitz at the Wimpole Aesthetic Centre in London and after a friendly and honest assessment, I went ahead with the treatment. I saw instant results, however, the real changes occurred in the 4 – 12 weeks following the procedure. A huge thanks to all of the staff at the clinic for enabling me to achieve the look and body that I have always wanted!