A Proud Member Of The Following Organisations 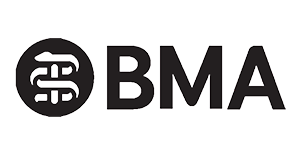 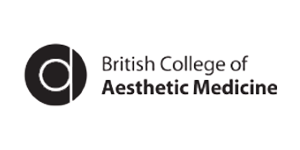 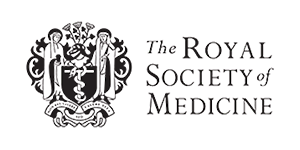 Leg veins, also known as varicose, spider and thread veins are incredibly common and can be unsightly and often produce a dull aching of the legs after prolonged standing. If their presence is distressing, they can be treated at Wimpole Aesthetics by injection of a solution that will cause them to disappear, or at least become much smaller.

Dilated blood vessels have a red or blue or purple colour and appear on the surface of the body, particularly the legs. On the face and upper body their character is slightly different to those on the lower body, as are their causes

Exactly why some leg veins become dilated in this way is not known, except that in many cases they seem to run in families. Surface veins occur in both men and women, but much more frequently in women. The hormone oestrogen may play a role in their development. They may also occur after a blow to a certain area of the body or as a result of wearing tight girdles or hosiery held up by tight bands.

There is no proven method of preventing leg veins. Wearing support stockings may prevent some dilated blood vessels from developing in some people and maintaining a normal weight and regular exercise may also be helpful.

In the majority of cases, a procedure called sclerotherapy is used to treat these blood vessels, in which a solution called a sclerosant is injected, using a very fine needle, directly into the blood vessel. This procedure has been used in various forms for veins since the 1920s.

The solution irritates the lining of the vessel, causing it to swell and stick together. Some vessels will fade from view, eventually becoming barely or not at all visible. A few vessels will need a second treatment, and a few will not be accessible for injection at any given treatment session because they will have been covered by the tape used to pressurise other veins treated during that session.

Depending on its size, a single blood vessel may have to be injected more than once, but in any one treatment session a number of vessels may be injected. The destroyed veins are safely absorbed by the body so this is a permanent treatment although it doesn’t stop other veins becoming affected in the future.

If you’ve been considering an aesthetic treatment to rejuvenate your skin or reshape your body, then the first step is to get in touch with the clinic to arrange a consultation with our medical director Dr Joshua Berkowitz or one of his team, depending on your requirements.

Call us on 0207 224 2247 or email us on info@wimpoleaesthetics.co.uk to arrange your consultation.

The consultation is an essential part of the patient journey as it gives us the opportunity to discuss your objectives and the outcome you’re hoping to achieve. We will talk you through the procedure or treatment plan, clearly explain any possible risks and the results you can expect, as well as answer all of your questions.

Procedures at Wimpole Aesthetics are carried out under the direction of our medical director Dr Joshua Berkowitz and his team. We aim to deliver practical, safe and effective medical aesthetic alternatives to cosmetic surgery whilst always respecting a patient’s privacy, dignity and confidentiality.

Our care and support continues after you leave the clinic. You are provided with comprehensive aftercare advice appropriate to the treatment you have received and we welcome patients getting in touch if they have any questions regarding their experience and results.

At Wimpole Aesthetics, we provide a wide variety of medical treatments and non-surgical rejuvenating procedures in the field of anti-ageing and aesthetic medicine. Our medical director Dr Joshua Berkowitz stays abreast of the latest developments in this field, but always ensures that any treatment we offer can deliver safe and effective results.

We love to hear our patients tell us that we have the feel of a local clinic right in the heart of London’s medical district.

Are there any side effects to leg vein treatments?

Most of the side effects are minor and confined to the area which has been treated. Your doctor will give you a more detailed explanation of all possible side effects before the commencement of your treatment.

Will the veins reoccur?

The veins treated adequately by sclerotherapy will not reoccur, unless they are extremely large before treatment. However, the underlying weakness in the vein walls is not corrected, and therefore new vessels will possibly continue to appear at the same rate as before treatment.

Is there any downtime after a leg vein treatment?

Generally, you will be required to wear some form of support or pressure garment for a period of time, usually two weeks. Failure to do this may compromise the effectiveness of the treatment, so the inconvenience of a compression garment should be factored in to the timing of your appointment. You should also be able to do regular walking after your treatment, as this promotes the emptying of the leg veins, including the ones treated.

How much does leg vein treatment cost?

Initial consultation £100
First treatment costs £200 – £400
Each subsequent treatment £200 – £300
1 pair of medical compression hosiery is included in the treatment cost. Further pairs may be purchased from us if desired.

What our patients say

I have been living with scarring above my upper lip, as a result of electrolysis treatment 25 years ago, in the form of a deep vertical line and small indentations in the skin. I sought help from Wimpole Aesthetics, and from the moment that I entered the small, personal clinic I was totally put at ease and welcomed by the extremely professional and friendly team. I received a course of Mesotherapy and Dermapen treatment and am absolutely delighted with the results. I had almost given up on ever having smooth line-free skin above my upper lip again. I highly recommend letting Wimpole Aesthetics take care of you.

Having lived in Australia for over 10 years, my skin had suffered mild sun-damage and had developed a lot of discolouration on my face in particular. Also, as I approached the age of 40, I noticed a lot of wrinkles appearing! I decided to have Microdermabrasion treatment and the improvements after just 3 treatments were extremely encouraging. I have booked a further 2 treatments in coming months and I am so excited about seeing further benefits to the look and texture of my skin.

I have nothing but praise for the team at the Wimpole Aesthetic Centre in London. I had been very nervous about having my Smart Lipo treatment last year, however, Dr Berkowitz was highly professional at all times and provided me with great advice and treatment. I was delighted with the results that were achieved during the procedure and it has left me feeling so much more confident about my body. I would certainly recommend the Wimpole Aesthetic Centre to anybody considering this procedure or a similar aesthetic treatment.

I had read about Thermage Skin Rejuvenation in a beauty magazine and decided to do some additional research on the internet. I found the website for Wimpole Aesthetics and contacted them discreetly via their online forms. Within a matter of minutes, I had a response from the receptionist at the clinic and she explained a little more about the procedure. I decided to book a private consultation to see Doctor Berkowitz and a few weeks later I had my skin tightening treatment. It was a great success and I’m so much happier with the general appearance and feel of my skin. The wrinkling around my eyes and on my neck is much improved and, as clichéd as it sounds, I feel years younger.

After years of worry about my “saddlebags”, I found Dr Berkowitz at Wimpole Aesthetics. He was extremely professional, but at the same time extremely friendly and answered all of my questions about the Vaser Lipo procedure. It has been 6 weeks since the procedure and I am so happy with how my body is looking. I also cannot forget to mention his wife Carol and nurses Jackie and Christina – they are brilliant!

I read about the new Vaser Lipo treatment in a men’s magazine and was instantly interested. As Dr Berkowitz was one of the only specialists in the country providing the treatment, it was a natural progression to visit him for a consultation at the Wimpole Aesthetic Centre. I found his advice and knowledge first-class and his staff made me feel very at ease. As such, I went ahead with the treatment and, in the end, a combination of the Vaser Lipo and Smart Lipo techniques were used to treat me. There has been no looking back since and my dream of having a six-pack has finally come true!

I recently had Vaser Lipo on several areas of my body… my stomach, arms and chin. I found the entire process painfree and I am thoroughly enjoying the remarkable improvements to my body shape.

I found that no matter how often I trained or how strictly I dieted, I could not shift the layer of fat around the bottom of my stomach – therefore leaving me with a bulge which I found most unattractive. Not keen on liposuction, I had spent a lot of time researching alternative methods of getting rid of my unwanted fat, and by chance, I stumbled across Vaser Lipo. I booked in for a free consultation with Dr Berkowitz at the Wimpole Aesthetic Centre in London and after a friendly and honest assessment, I went ahead with the treatment. I saw instant results, however, the real changes occurred in the 4 – 12 weeks following the procedure. A huge thanks to all of the staff at the clinic for enabling me to achieve the look and body that I have always wanted!

Ready to book your appointment?

Get in touch to find out more

Want to discuss a treatment?

Have a question about one of our services? Contact us.