Everyone loves sporting a summer glow, but it’s been proven beyond all doubt that overexposure to the sun’s rays is incredibly destructive to our skin. So, even if you think your tan makes you look younger and healthier, it’s actually storing up damage that can be revealed years later.

The sun produces two different types of rays – UVA and UVB – both of which can damage our skin.

UVB rays are stronger in the summer months and cause superficial damage in the form of sunburn. They are more likely to be the cause of skin cancers.

UVA rays are always present – whether it’s deep winter or a cloudy day – and they can penetrate glass. UVA rays are the direct cause of sun ageing as they penetrate deep into the skin’s cellular structure. Years later, this damage presents as wrinkles, pigmentation changes, enlarged pores and poor tone.

All sunscreens protect against UVB rays, but look out for ones that also protect you against UVA rays, often called broad-spectrum sun defence.

In 2013, Australian researchers http://annals.org/article.aspx?articleid=1691733 published the results of a trial that split 903 adults into four groups; the first applied a broad-spectrum sunscreen to their head, neck, arms and hands each morning and after washing, the second were allowed to use whichever sunscreen they wished, the third received a beta-carotene supplement and the fourth were given a placebo.

How to deal with photo-ageing?

Photo-ageing is premature ageing of the skin due to excessive sun damage and the three main signs are lines and wrinkles, dark spots and loss of elasticity. The dermis is the middle layer of the skin and it contains the important proteins collagen and elastin that are responsible for the youthful plumpness and elasticity of the skin. UVB rays can penetrate the dermis, destroying these proteins.

One treatment that can tackle all three signs of premature sun ageing is the SmartXide laser device. Microscopic beams of laser energy are delivered deep into the dermis, triggering the production of collagen and elastin. The laser can also target melanin that is the pigment in areas of dark discolouration and brown spots. The pigment is broken up and cell turnover is stimulated so a clearer, more even complexion is produced.

To arrange a consultation to see if laser skin rejuvenation with the SmartXide laser can tackle your summer skin concerns, call 020 7224 2247.

Excessive sun exposure is the number one skin sin, but don’t worry if you’ve stored up damage from years of enjoying the sun’s rays. SmartXide delivers laser energy into the skin to stimulate the production of collagen and elastin and reverse the signs of sun damage. 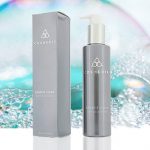 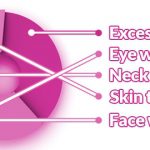 What do our patients want? Top 5 aesthetic procedures Scroll to top