Robbie Williams’ return to pop last month saw him being typically outspoken and it was in his appearance on the Graham Norton’s show that he admitted that he has had several cosmetic surgery procedures as well as a regular routine of non-surgical interventions to keep him looking fit and fresh-faced.

After he’d left Take That, Robbie rebelled and became a chain-smoking, hard-drinking, drug-taking star, known as ‘Blobbie Williams’ among other names. Determined to look his best for his return to the spotlight, Robbie embarked on a programme of surgical and non-surgical treatments. Robbie said: ‘I’ve had some fillers, and some Botox, and I’ve had something done to my chin which means I can’t even move my f***ing forehead.”

In recent years, we’ve seen a rise in male patients attending our clinic for aesthetic treatments, but whereas before they may have wanted to keep it hush-hush, now men are becoming more open about what work they are having done.

Male skin differs quite significantly from women’s. Male skin is thicker, tougher and with more, bigger pores than a woman’s and it produces more sebum so is much oiler. Typically, signs of ageing may appear slightly later for men, but changes occur more quickly when they do start and lines can appear deeper and more grooved and skin can look congested and dull with enlarged pores. Laser skin rejuvenation can tackle all those skin concerns without looking ‘done’.

It’s not just women who are self-conscious about ageing; men are turning to anti-ageing injectable treatments such as Botox and dermal fillers to make them appear vigorous and dynamic in an increasingly tough job market that often prizes youth over experience.

With celebrities such as David Beckham and David Gandy flaunting their physiques in underwear adverts, it’s not surprising that men have become increasingly conscious of any stubborn localised pockets of fat.

At Wimpole Aesthetics we offer a whole range of fat reduction devices – from liposuction, laser lipolysis to the innovative new process of cryolipolysis or fat freezing – and we can advise you on the most appropriate treatment for your individual circumstances and expectations. Areas we can treat include the arms, thighs, stomach, buttocks, chest and even the chin to produce a defined, masculine jawline.

For more information on all the male cosmetic treatments, we offer at Wimpole Aesthetics call 020 7224 2247 to speak to one of the team. 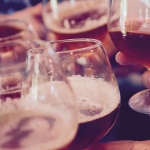