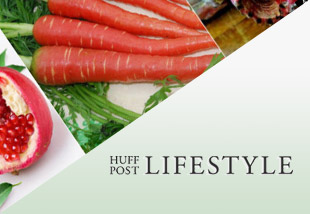 Eating your five-a-day of fruit and vegetables will not only keep you healthy and slim, but gives your skin a boost too, according to a new scientific study.

This article, taken from the Huffington Post, explains more and details latest discoveries.

German scientists from the Institute for Experimental Dermatology at the University of Witten-Herdecke, discovered that the participants skin condition drastically improved and appeared thicker and more hydrated, when given a fruit and vegetable concentrate. The study, published in the new issue of Skin Pharmacology and Physiology, involved two groups of 26 health, middle-aged women. Half of the participants were given a micronutrient food supplement Juice Plus +(R), Fruit Blend and Juice Plus+﻿﻿(R) Vegetable Blend make primarily of fruit and vegetable juice powder, for twelve weeks using a monocentric, double-blind placebo and randomised controlled design. The other half were given a placebo capsule twice a day during the study period.

The results followed an in-depth look into skin density and thickness, measured by ultrasound, and skin hydration, where scientists used a Cornometer(R) to assess transepidermal water loss. The study found that the skin benefits from an optimal supply of fruit and vegetable-based nutrients and oxygen to facilitate the skin cell metabolism, producing visible skin improvements in hydration, density and thickness.

The study reveals what fruit and vegetables are best for a clear complexion, as advised by director of Forest Secrets Skincare, Dr Barbara Olioso, skin therapist Louise Thomas-Minns.

Because these cookies are strictly necessary to deliver the website, refusing them will have impact how our site functions. You always can block or delete cookies by changing your browser settings and force blocking all cookies on this website. But this will always prompt you to accept/refuse cookies when revisiting our site.