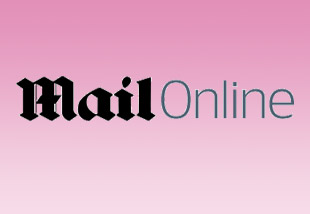 I have never longed to look like one of those male models you see in adverts, with bulging biceps and washboard abdominals. That kind of physique takes a rare set of genes and hours spent working out every single day. Life’s too short. But since my early 20s, I have been a regular at the gym. It’s more damage limitation than anything else and I hoped exercise would offset my love of pints and the occasional pizza.

Yet, having always been pretty much in proportion  –  a healthy 5ft 10in and 11 stone  –  as my 30th birthday crept closer, I developed what some might unkindly call a paunch. My metabolism was naturally slowing down. While women may acquire saddle bags, men accumulate fat round their middle. I exercised harder but the fat stayed where it was, wobbling insolently centre-stage.

Having a bit of a pot belly isn’t the end of the world  –  I didn’t lie awake at night worrying about it  –  but I wasn’t that happy. And this was my state of mind when last year, on a journalistic commission, I investigated the boom in male cosmetic surgery. In particular liposuction, the surgical removal of fat.

According to the British Association of Aesthetic Plastic Surgeons, one of the industry’s regulatory bodies, men are going under the knife in record numbers. In 2009, the total of surgical procedures exceeded 36,400, a slow but steady rise of 6.7 per cent from 2008, despite the financial downturn. The most impressive statistics have been specifically recorded in male surgery, which has grown by 21 per cent overall. Men’s Health, a magazine that each month features a male cover model with armadillo-like stomach muscles, is now Britain’s best selling men’s magazine. But more than ever it seems men are happy to cheat to achieve that look and defy the effects of Christmas over-indulgence. Some cosmetic surgery clinics now report that one in every five liposuction patients is a man.

I watched Dr Josh Berkowitz of London’s Wimpole Aesthetics Centre perform a procedure known as Vaser liposuction on a male patient. I’d imagined horrific scenes of gallons of yellow fat being hoovered out, but the operation was precise and gentle. During traditional liposuction, metal tubes known as cannulas are inserted beneath the skin and vigorously moved back and forth to physically break up the fat before it is sucked out.

The Vaser procedure, however, involves a small probe being inserted first. This emits low-level ultrasonic waves and liquefies the fat before it is sucked out. There is, say advocates, far less bruising and a faster recovery time. Dr Berkovitz says: “Vaser is suitable for those who wish to improve a specific area, the most popular being the thighs, arms, double-chins, love handles and stomach. Men having liposuction make up around 15 per cent of my patients. They range in age but most are below 45. Most are also within the healthy BMI range. I turn patients away if they are too obese  –  lipo isn’t good for overall weight loss  –  or if they have unrealistic expectations.”

What surprised me most about this operation was that the patient was an ordinary man. He wasn’t a model or a celebrity: he was an electrician. You would walk past him in the street without a second glance.
Then the penny dropped. This was the procedure for me. Endless sit-ups and hours on the treadmill weren’t going to shift my pot, but this could. Why not?

During an initial consultation, Dr Berkovitz examined my untoned tum and said that, yes, he could improve me. He explained the £4,500 operation and the risks: some bleeding, swelling and the small risk of infection. Ten days later I was being wheeled in to his operating theatre. Surgery is carried out under local anaesthetic. It was a strange sensation. Fat has no pain cells, so it didn’t hurt at all. I just felt pressure at times. I didn’t watch but I chatted happily to the medical team. It was a bit like a trip to the barber.

In just two hours, nearly 700cl (almost two cola cans’ worth) of fat were removed from my stomach. Afterwards they slid me into a compression garment  –  a thick elasticated girdle that minimises swelling and helps the skin re-adhere to the fat underneath. I was instructed to wear it all the time, except in the shower, for the next four weeks. If not, I might have ended up with bumps or imperfections, where the skin drifts out of place and appears to sag or wrinkle.

I suffered only minimal bruising and stiffness in my abdomen and when I left the operating room I had a shower and went straight to a party.

So was it really worth it? The short answer is yes. By no means do I think I have a perfect body  –  whatever that means  –  but I am now happy with the way I look. I have a completely flat stomach, with no bulges or folds. It feels pretty good. Liposuction permanently removes fat cells so weight doesn’t return in the same area. Before, everything I ate went straight to my belly. Now, it doesn’t  –  it’s as if I’ve had my body reprogrammed. I’m also leading a better lifestyle  –  less beer and pizza, more vegetables and water  –  because I don’t want to undo the surgery.

I didn’t tell anybody, not even my parents, before I had the operation. I suppose I was embarrassed. I was worried people would think I was foolish or vain. But I am so happy with the results I feel confident enough to talk about it openly now. When I came clean, another friend confided that he’d had it done too. I’m not the first and I very much doubt I’ll be the last.

As taken from the Mail Online; Written by Peter Lloyd